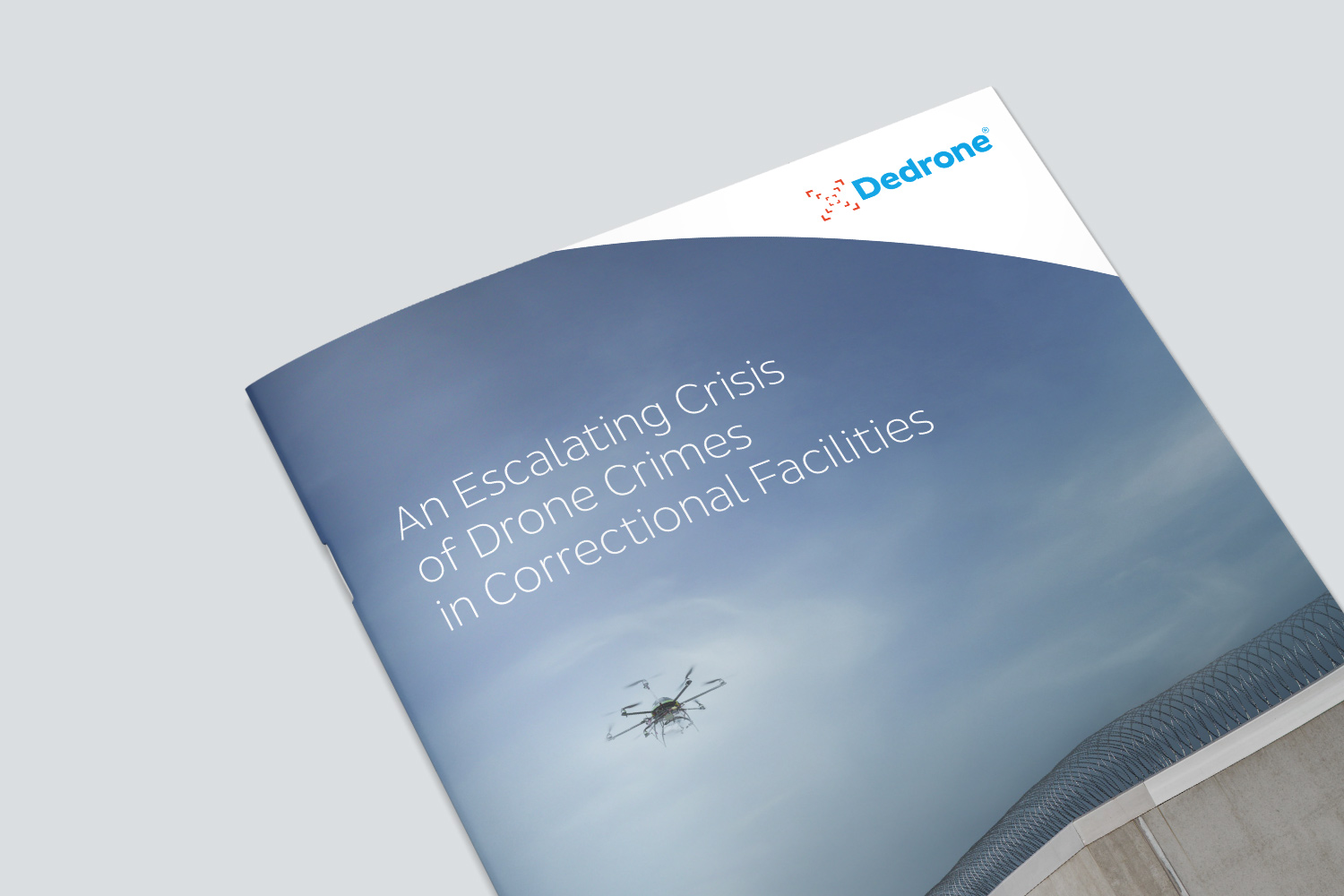 An Escalating Crisis of Drone Crimes in Correctional Facilities

An Escalating Crisis of Drone Crimes in Correctional Facilities

Drone intrusions at correctional facilities are a persistent, ongoing threat that will only escalate with time as inmates continue to test the boundaries of vulnerable airspace and a facility’s lack of knowledge of drone activity. Without this awareness, the consequences of drone intrusions at a correctional facility can cause disruption to the care and order of inmates, staff, and the general public. This white paper discusses:

Drones are a New Contraband Point of Entry, With Few Restrictions to Protect Correctional Facilities

Drone contraband deliveries began making headlines in the U.S. in late 2013 when organized criminals attempted to deliver tobacco and cell phones to inmates in prisons. Operating from nearby woods, the group used binoculars to navigate the drone over the prison’s fences. Over the years, drones have been used to survey operations, assist in prison escapes, and continue to be a reliable channel to deliver contraband. However, the introduction and integration of drone detection technology have allowed security personnel to understand their airspace activity, prevent airspace intrusions, and protect their property, inmates and the public from malicious drones.

In response to the rise of drone threats at correctional facilities, the FAA began establishing drone restrictions over federal prisons in 2018. This is the first time the administration has placed specific flight restrictions for drones over properties operated by the Federal Bureau of Prisons. In addition to potentially facing criminal smuggling charges, drone pilots carrying contraband or who violate the flight restrictions may be subject to enforcement action, including potential civil penalties and criminal charges. States such as California have also outlawed flights over prisons, providing prosecutors an additional legal avenue in the event that evidence for the contraband is not available, but if a suspected smuggler is caught with a drone.

Drone intrusions at correctional facilities are a persistent, ongoing threat that will only escalate with time as inmates continue to test the boundaries of vulnerable airspace and a facility’s lack of knowledge of drone activity.

With Sales of Drones Exploding, so Are their Applications for Use in Correctional Facilities

Drones and unmanned aircraft systems were initially developed to support military operations, and over the years, have developed into technology for personal and commercial use, providing cost-effective solutions for multiple industries. As with any technology, consumers will find ways to use drones to solve problems, but also find ways to use them for unintended or malicious purposes, such as contraband delivery.

The airspace security industry is growing rapidly, and laws involving the safe integration of drones to national airspace are slow to catch up. Airspace management will inherently become more complex as correctional facilities research and invest in drone programs, such as inmate surveillance and infrastructure inspection. Correctional facilities must be able to immediately differentiate between an authorized drone, a friendly drone from the community or a local business, and a malicious drone. Without this awareness, the consequences of drone intrusions at a correctional facility can cause disruption to the care and order of inmates, staff, and the general public.

No correctional facility is immune to drone breaches. Contraband drops and other intrusions may remain undetected by security staff, placing prison staff, inmates and the public at risk. Drone deliveries can not only increase the risk of violence between inmates but threaten the physical safety of the facility and the people protecting it. Undetected drones can also expose security vulnerabilities by showing a bird’s eye view of staff rotations and inmate movement.

Drone Detection Technology Is the Key to Stopping Drone-Delivered Contraband

State and federal correctional facilities are gearing up with drone detection services and found not only how much drone activity was happening in their airspace, but who was responsible.

Proactive drone detection is used as a diagnostic tool, building intelligence around the scope and problem by auditing airspace, and then translating that information into strategic security protocol changes. At correctional facilities, drone detection hardware and software can be incorporated into an existing security ecosystem. Detection systems follow the drone’s flightpath and locate the pilot. Security personnel can use flight data to determine if a single drone has visited the area multiple times or if there are multiple, individual intruders, and record if there are certain days or times where there are an increase in incidents. This data is invaluable when looking to identify and prosecute pilots who violate federal laws.

With drone detection technology, correctional facilities now have the upper hand in protecting their airspace from unwanted drones and dangerous contraband deliveries. See how drone detection systems work in this video with Kentucky Department of Corrections.

When an unauthorized drone appears, corrections professionals must brace for innumerable dangers. During the daytime, drone alert systems can trigger alarms, prompting personnel to shut down operations and lock down the facility. Contraband delivery drones, if noticed by inmates, can make maintaining control of the prison extremely difficult. Officers will have the opportunity to escort inmates before the drone breaches the property, conduct searches, review video, and locate contraband. A drone detection system gives security personnel time to control a situation and stay ahead of it rather than react to it.

All correctional facilities want to make certain that every member of their team goes home safely. Drone contraband, espionage, and interruptions are adding new risks and challenges to their employee’s personal safety. Proactive drone detection and automated alerts integrate efficiently and into existing security protocols, supporting the security goals of all correctional facilities around the world.