Seamless integration with a wide variety of sensing and mitigation products to amplify capabilities and allow for personalized solutions. 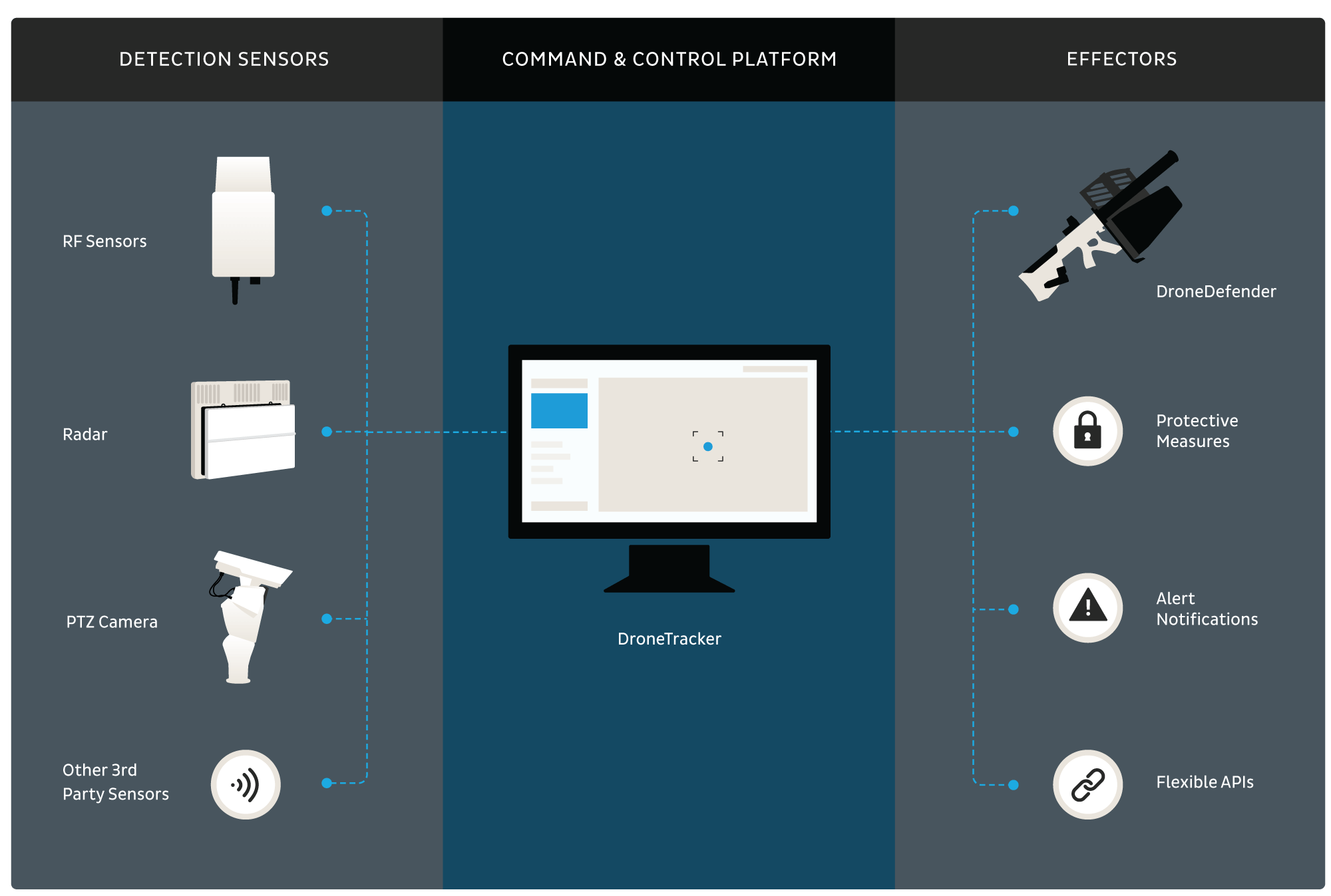 Passive countermeasures protect your facility by leading people to safety, blocking sensitive areas from view, locking (cell) doors and gates, shutting down parts of the IT infrastructure, and searching for dropped objects.

Solutions like DroneDefender enable timely decision making and effective responses for the protection of military forces, critical assets, borders, and civilians worldwide. Dedrone Defense is the sole owner and manufacturer of DroneDefender.

The DroneDefender has not been authorized as required by the rules of the Federal Communications Commission before it can be marketed to non-Federal users. This device is not, and may not be, offered for sale or lease, or sold or leased in the United States, other than to the United States government and its agencies, until authorization is obtained. Under current law, the DroneDefender device may be used in the United States only by authorized employees of the Federal government and its agencies, and use by others may be illegal. Due to Federal regulations, this video is a simulation of the DroneDefender device. It has, though, been successfully tested and utilized in Federal government-conducted field applications.