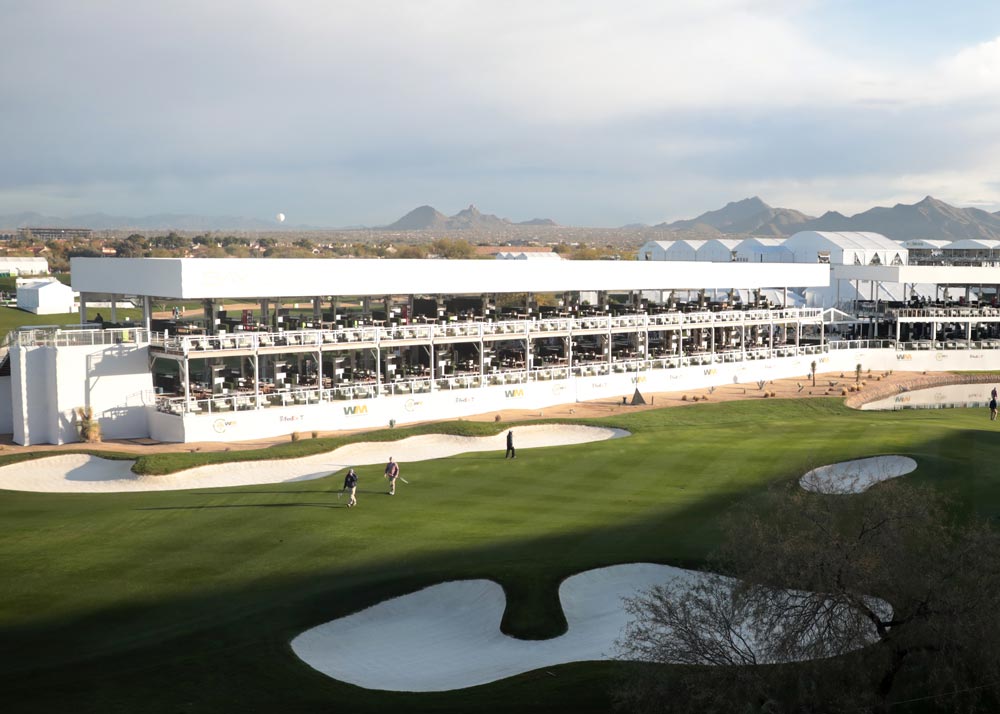 The Phoenix Open is a professional golf tournament on the PGA Tour, held at the Tournament Players Club of Scottsdale, Arizona.

The Phoenix Open is a professional golf tournament on the PGA Tour, held at the Tournament Players Club of Scottsdale, Arizona. Scottsdale PD coordinated with PGA Tour security personnel, including members of the FBI, the Bureau of Alcohol, Tobacco, Firearms and Explosives, and the U.S. military. Specialized forces utilized the services of canine officers, explosive ordinance device technicians, and police on motors, bicycle units and mounted units. Every inch of the PGA tour grounds was monitored and protected, but the airspace remained vulnerable. By flying near the event, pilots risked violating federal airpace laws designed to protect public events and a local airport, located only three miles from the protected site. A rogue drone would hinder the ability for Scottsdale PD and other security personnel to use aerial response in the event of an emergency. In order to set the standard of excellence in security, and continue providing world-class event organizers a safe area to bring future programs, Scottsdale PD turned to Dedrone technology to understand their airspace activity and use the information to develop new event security protocols.

Scottsdale PD actively monitored airspace activity and was able to protect PGA athletes, media, and attendees from drone interruptions every day of the event.

Every year that we do this, we look for technology that will keep people safe. Technology advances in the private sector, so we have to follow suit. Drones are more prevalent than ever before, they’re easy to obtain, they’re cheap, and they pose risks to people out in sporting events like this.