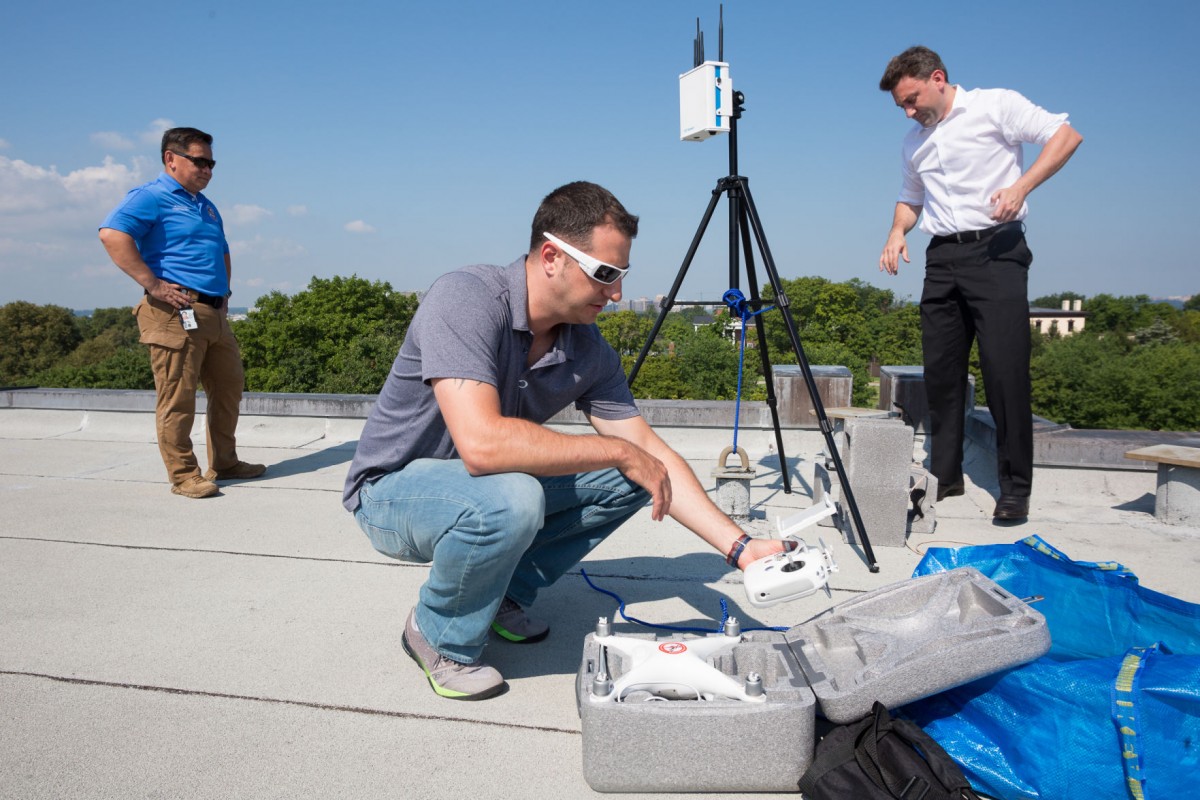 Joint Base Myer–Henderson Hall (JBM-HH) is a Joint Base of the United States military located around Arlington, Virginia, and includes Fort Myer, Fort McNair, and Henderson Hall.

According to an interview conducted with the Washington Post, adversaries seek ways to “inflict the greatest harm on the United States at the lowest cost.” A drone attack is one these threats, according to Col. Duggan. An unauthorized drone over a military base may be innocuous, or even worse, be deployed to conduct a "specific surgical strike or just to paralyze or cause fear.”

Joint Base Myer-Henderson Hall partnered with Dedrone to detect unmanned aircraft on or near parts of two of the base’s installations: Fort McNair in Washington and Fort Myer in Arlington. According to news reports, JBM-HH Base Commander Col. Patrick Duggan worked with Dedrone to quantify the drone threat with data. A 56-day drone-detection assessment was completed by Joint Base Myer-Henderson Hall using DedroneSensors, revealing 95 instances of previously undetectable unmanned aircraft systems (UAS) activity in the installation's immediate vicinity.

According to the final summary results, DedroneSensors detected 52 UAS activity instances within the sensor's range during the 26 days of data collection at Fort McNair. A 30-day collection period at Fort Myer yielded 43 drone detections.

Drones are an existential national problem, long overdue for a solution. It's only a matter of time before drones will be used to carry chemicals, explosives, small arms or kamikaze into a facility, person or throng of crowds on a military base.