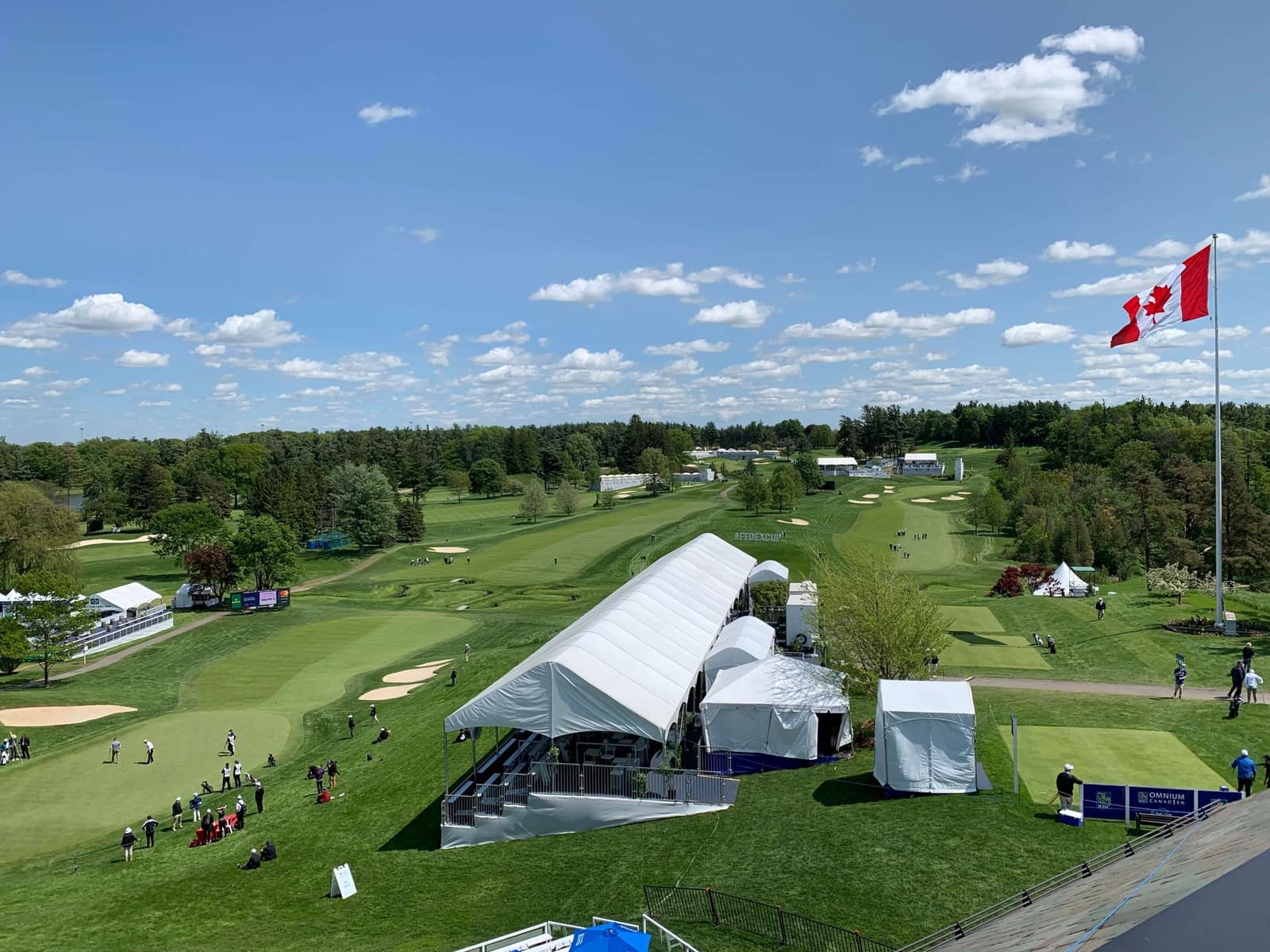 The Canadian Open is a professional golf tournament in Canada. It is co-organized by Golf Canada and the PGA Tour.

Thousands filtered in and out of Hamilton Golf & Country Club over the course of the four-day event, and while moving on the ground was monitored, event organizers had an automatic airspace security system installed to ensure their operations was uninterrupted from drone activity.

The RBC Canadian Open airspace security system deployed four DedroneSensors to detect and classify drones up to one mile away, feeding information into its DedroneTracker software platform. Hamilton Police invited staff and students from Mohawk College to install and operate the system. Data from DedroneTracker provided all parties involved with situational awareness and enabled law enforcement and security personnel to monitor the airspace and protect against any unwanted drone threats.

On installation day, Dedrone and Mohawk College immediately detected drones in the airspace. Hamilton Police Service was able to deploy resources to confront a drone pilot. The pilot was then educated about the risks of flying in a no-fly zone during tournament play and let off with a warning. This community outreach and education proved effective as there were no additional unauthorized drone flights throughout the four-day event.

This partnership enhanced security at the event for all spectators, professional athletes, volunteers, and staff.