What Is Next for the Booming Drone Market? 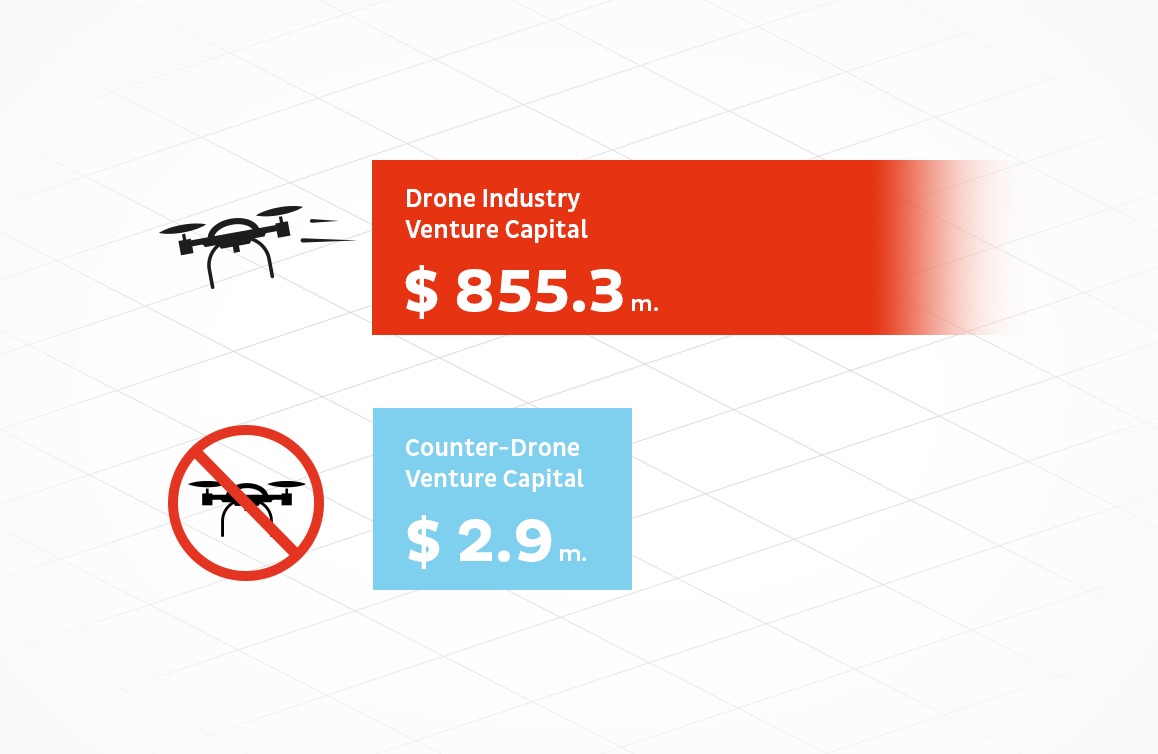 Funding for drone companies has hit a record in the past year. Globally, the boom of drone technology is promoting the emergence of a new market; for counter-drone technology.  According to a report by Dow Jones Venture Wire, $855.3 million in venture capital was pumped into the drone industry in the US, China, Europe and Israel in 2015 - nine times more than last year. In 2014, drone companies had only raised $94.4 million.

Close to 4.3 million drones were shipped worldwide in 2015, and with each drone sold, the risk of 'bad-drone' abuse increases. Dedrone CEO, Jörg Lamprecht, is therefore certain: "The market for drone detection technology is the growth market following the drone market."

As the first developer of counter-drone technology, Dedrone has received several million dollars in venture capital from well-known investors in April 2015. Dedrone has since grown considerably, with global coverage, and serves governments and industrial companies effective protection against the increasing threat of civilian drones.