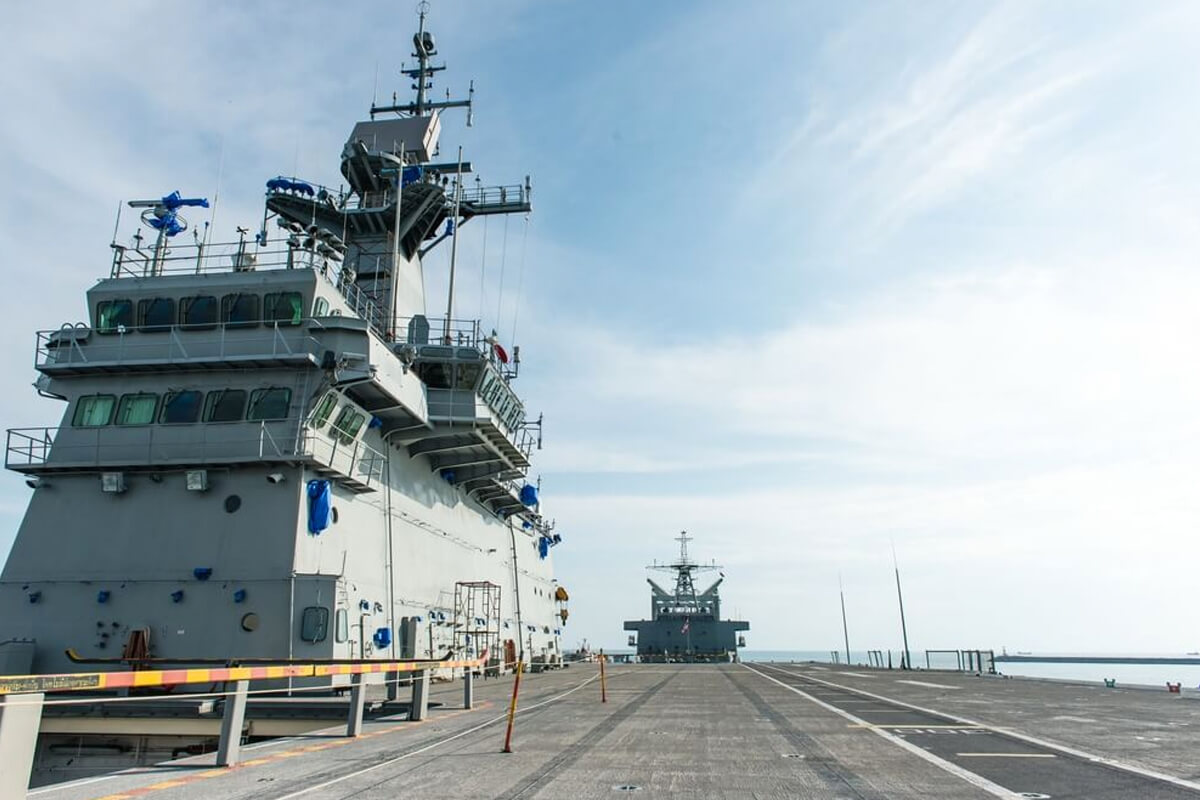 U.S. military operations and installations around the world have 24/7 surveillance to not only to protect people but also billions of dollars in ammunition and technology. As more drones come to market, unauthorized drones are entering the sky and evading detection. A vigilant eye in the sky is not enough to locate commercial drones and provide identifying data to find the pilot, flight path, and type of drone. This information is critical for military security personnel to assess threats, divert operations, and protect their base.

The United States Department of Defense recently enacted a rule allowing military operations to defend themselves against drones outside of active combat zones. This decision is in direct response to multiple sightings of commercial drones near military facilities but does not recognize the technologies needed to detect drones and protect military airspace. Drone incidents are increasing, both from enemy combatants and hobby pilots who aren’t aware of the risks they’re creating. Proactive detection is the missing element to securing military airspace, and a critical element to integrate into the existing arsenal of detection and defense technologies already in place.

Regardless of a pilot’s intention, a drone can easily disrupt military operations.

In August, a hobby pilot’s drone landed on a UK aircraft carrier, the Queen Elizabeth. Although he didn’t intend to interrupt military operations, the drone's anti-crash sensors sensed a high wind risk, and automatically landed itself on the £3 billion warship. The 70,000-ton Queen Elizabeth is the biggest warship ever built for the Royal Navy, and when it docked in July, the drone pilot, who is a member of an amateur photography group, saw an ideal opportunity to gather some footage. He launched his flight over four miles away from the vessel, and when he learned he landed on the ship, he flew his drone immediately back to him and reported the incident to local authorities. The UK Ministry of Defence responded to this event by launching an investigation and increasing security on the ship. Despite this, the pilot returned a week later and took more aerial footage of the ship, again unchallenged.

Weeks previous to the UK drone incident, footage became public of a small, commercial drone carrying a 1-pound grenade filled with the pyrotechnic substance thermite, which infiltrated an ammunition dump in Ukraine. One grenade caused a chain reaction that took out the entire facility and set off an explosion that caused over a billion dollars worth of damage. Not only was ammunition and military operations destroyed, but also local homes were hit with shrapnel. The attack occurred in March of 2017 and demonstrated that drone pilots could transform any commercial drone into a deadly weapon.

The level of military force protection depends on the intelligence they gather. Traveling operations, such as warships and aircraft carriers, not only need to know about the security risks of where they are docking, but also have eyes in the sky when they are close to enemy territory. Aerial views of military vessels will expose training exercises, show personnel rotation patterns, and help locate vulnerabilities. Drone data can be integrated into intelligence briefs, informing armed forces of vulnerabilities before they reach their destination. Pilots flying military aircraft flying from country to country, or troops entering different regions for training exercises or deployments, will have a stronger understanding of airspace activity before they reach their destination.

Existing radar systems with the military may not be enough to detect commercial drones, which are increasingly used by spies and terrorists. A drone in the sky may be a hobby pilot who inadvertently went off track, or could be an active threat to military security. Military operations must go beyond the visual line of sight and use proactive drone detection as a part of their force protection posture.