The Rise of Counter-Drone Technology 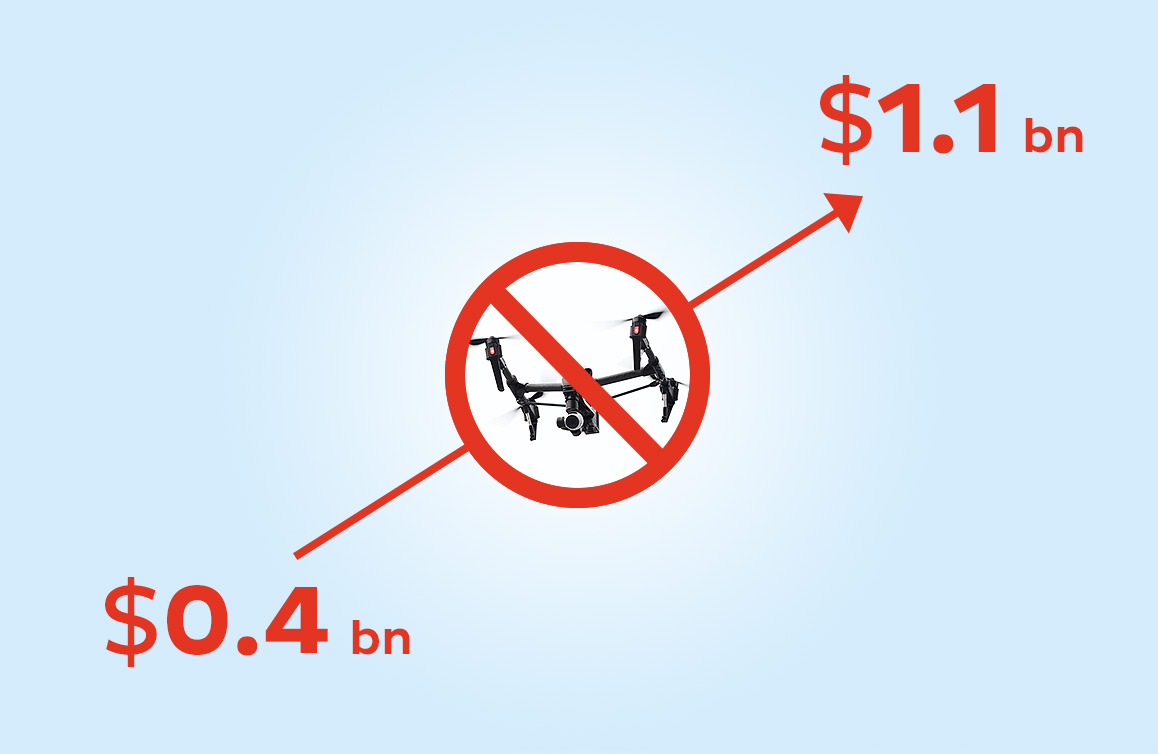 According to a recent report from the market research institute Markets&Markets the anti-drone market will be worth 1.14 billion USD by the year 2022. By 2016 North America will already hold most of the market share. Drones are becoming easily available and thus they pose an increasing challenge to existing security systems, analysts say. They identified the rising number of dangerous incidents with drones and their use for terroristic attacks as the key drivers.

“We’ve believed in a counter-drone market even before the hazard potential of drones was on security experts' agendas and much less of the public’s awareness.” explains Jörg Lamprecht, co-founder and CEO of Dedrone. “The rapid growth of Dedrone during the last couple of months and the increasing demand for our drone detection system shows that we were not wrong about it. The results of the report from Markets&Markets now provide precise numbers of the market’s size, which we will expedite as a pioneer and technological leader.”

Only a few days ago Dedrone announced the relocation of the corporate headquarters from Germany to the United States. From San Francisco, the company wants to conquer the American market and profit from the short distance to leading security and technology companies.