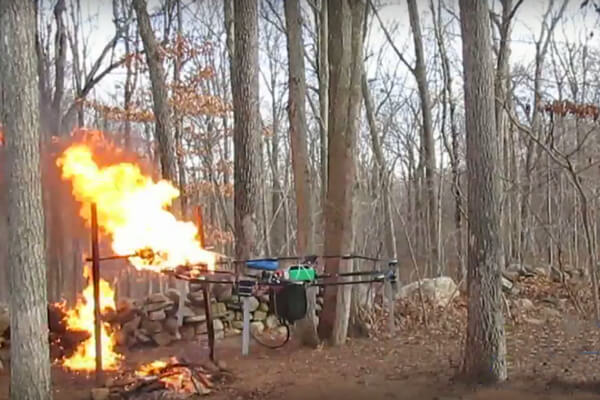 A YouTube video in July hit the headlines, because it shows a drone loaded with a gun firing shots into the woods. The flying weapon was built by an American teenager named Austin Haughwout. The same 18-year old now released another, equally martial video: It shows a drone carrying a flamethrower “roasting” a hanging turkey with it. The whole action is being sponsored by Hobby King, an online retailer selling drone DIY kits. The fuel pump allegedly came from Amazon.

Looking at it more closely, what is being displayed as a funny idea for Thanksgiving here, is actually anything but harmless. Haughwout shows once again, how easy it is to transform a drone into a dangerous weapon with only customary components and the corresponding imagination.