Quadcopter as a Shooter 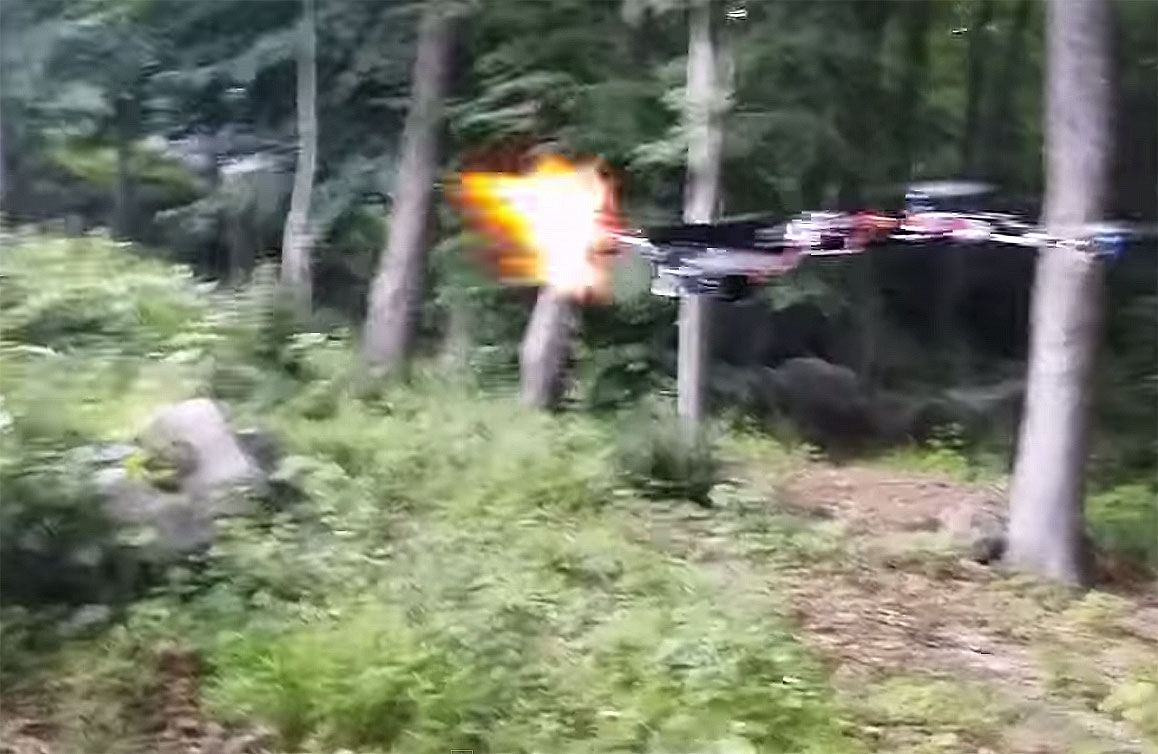 A viral video posted on YouTube on July 10th causes quite a stir: it shows how a supposedly harmless hobby aircraft is turned into a deadly weapon. It is well known that the military uses armed drones to kill. The use of commercially available hobby drones as deadly flying firearms, however, has never before been shown with such clarity.“The video shows once again just how important it is to develop effective technologies to fend off civilian drones”, says Dr. Ingo Seebach, Managing Director at Dedrone. “It is certain that in the interim, we will not be able to fend off civilian drones that have been turned into weapons that are used arbitrarily. But high-risk areas such as the government districts and embassies or public appearances by politicians can and should be protected in the future.”Incidents involving civilian drones have continued to increase in recent months. Commercially available hobby aircraft are also now able to carry several kilograms in weight making it easy to transport not only cameras, but also drugs, explosives or other harmful loads. In April this year a drone with radioactive material on board was found on the Japanese Prime Minister’s rooftop.