Going West and Learnings: How to Leverage Your Network 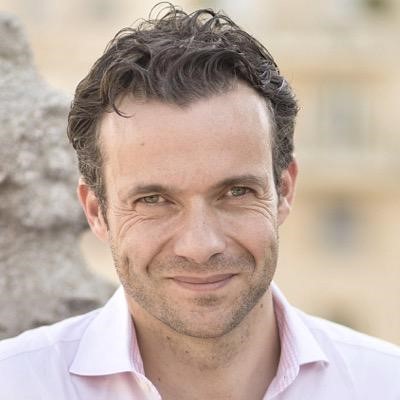 It has been a year now since we moved with our Dedrone headquarters into our SOMA office in San Francisco. With that, we completed the formal move from Germany over to the US. Many European entrepreneurs keep on passing by to ask how we made the transition and what was key to our success so far.

To start off, besides a huge market and product that was ready for that market, there was another equally big factor involved. And that was that we put our network of connections, friends, and people we had worked with before to work for and with us. Getting that network vested and also invested in the company was a decisive factor and allowed us to get very relevant and immediate help. Who were those people? Well, these were either individuals that had become friends over time in our previous jobs or that had backed us in prior startups. But it was also people we had invested with or in and that in turn became influential with a strong voice and network in silicon valley. And through those partners and friends, we were simply able to be a lot faster in scaling into the next phase of the company. And by going through our network for further introductions, we were passed over with already pre-backed references which allowed for major shortcuts.

But let me take a stab at looking back in a bit more detail as to what worked so well.

Dedrone was born in the neck of the woods in Germany in 2014 in a place called Kassel. Our first funding we received with our seed round in 2015 with which we built an MVP product. We were stunned by the results and customer feedback. Given that the founders had already built multiple start-ups in Germany before, there was this concern in the back of the mind, however, to eventually see the emergence of a strong competitor rising up in Silicon Valley. But when looking across the pond to the US west coast there wasn’t that one startup with tier-1 VC funding visible. And instead of waiting for that 500-pound gorilla to surface and get funding from one of the big VCs, the founders thought: Why won’t we be that 500-pound gorilla and just move the company to San Francisco…which is exactly when I got more involved and decided to join the team.

When Joerg (CEO) and I set sail westward in Feb 2016, our goal was to establish the company in San Francisco, be perceived and known as a US company while at the same time maintaining our roots in Germany with all the benefits that came along with that. In parallel, we wanted to tie knots to the local Silicon Valley ecosystem, raise money from brand name investors, recruit an incredible team and last not least of all to start selling the product in the US market.

We started working out of AirBnBs and approached about two dozen VCs in the first week. At the same time, we reached out to potential customers in Silicon Valley, namely the big brand internet and IT companies. We received good interest from a handful of the big internet giants, presented our product & vision and gave demos. On the VC side, we received after about 2 months our first term sheet and then gathered another two. We ultimately signed with Menlo Ventures who went all out in showing us that they wanted to win the deal. The introduction was easy as I had co-invested with their partner Venky Ganesan previously in my T-Venture days. With that Series A investment we also formally flipped the company to be US headquartered; a pretty complicated and painful undertaking in itself. We formally closed our Series A in May 2016 and started looking for an office and finally moved out of the AirBnBs, as by that time we had transformed the living room in what seemed to be a full fledged outbound call-center, support center, several mini meeting rooms and start-up canteen. Through some German friends and partners, we finally found our 1099 Folsom St. office in July 2016. So far so good…we now had an office but we still had no real US organization.

Venky at Menlo Ventures introduced us to a few relevant people from his network and we finally started running full fledge on either interviewing people for some key positions or running after accounts and giving demos. A key intro from him was to Hans Robertson (Meraki co-founder), who over time became a close friend to Dedrone. Through Hans’ help, we recruited our incredible VP of Sales Bobby Long and our amazing VP of Marketing Pablo Estrada, who both were at Meraki before — again, introductions that came through trusted partners and with references. We further reached out to our network and by October had gotten incredible operational and customer facing help from a few individuals so that we decided to formally invite these guys to the Series A-round that we had kept open. The people that took part in this were next to Hans Robertson also Dominic Orr (CEO Aruba Networks), Selina Lo (CEO Ruckus Wireless), Trevor Healy (CEO Jajah & Amobee) and Daniel Graf (VP Uber), all of whom we had worked with or invested in our prior lives. Lastly, Tom Noonan had even before the A-round been an incredible supporter of Joerg and Rene (CTO) in prior gigs and was already a seed investor in Dedrone. We thus had a bunch of people close to us that we had an incredible level of trust with.

While we still had most of the Dedrone crew over in Germany we were closing the year-end of 2016 with ramped up sales and well-established sales, marketing, finance as well as BD organization. Dedrone was perceived fully US based but yet able to support customers equally well in Europe and the US.

Eying the next round - Series B

After the A-round with Menlo Ventures, we had already received lots of inquiries for top-ups from other VCs but held back until the end of the year 2016. We kept people informed to prepare our Series B which we actually really engaged in in January 2017. That was when we had aggregated data for a new pitch deck and also further detailed out the vision for where we wanted to take the business.

For the Series B, we again reached out to about a dozen VCs and had asked beforehand our investors for a shortlist of whom to speak with from their point of view. We aggregated that input and sequenced the reaching-out. Early in the process, we met Felicis Ventures where two decisive factors came together. The first was that Hans Robertson had reached out to Aydin Senkut (Partner at Felicis Ventures) who was an early Meraki backer while I had reached out to another Felicis partner, Wesley Chan, whom I had known from my Cooliris days. With that, we came in as a “known” group and Felicis had assembled the entire partnership in their first meeting which was impressive for us to see. We struck a deal extremely fast and had executed the Series B within 30 days which was amazing for us as we could quickly focus on the business again. At the same time, another conversation had come far along which was the one with John Chambers (former CEO and now Executive Chairman of Cisco Systems). We met during Websummit conference in November 2016 in Portugal. He was eager to be part of the round and at the same time we eventually rounded up the Series B with a few other individual investors.

Looking back at the HQ move and 2 financing rounds there are some important takeaways I want to summarize here:

So all in all, get your network invested and involved so that they are truly vested and you can fully leverage it.