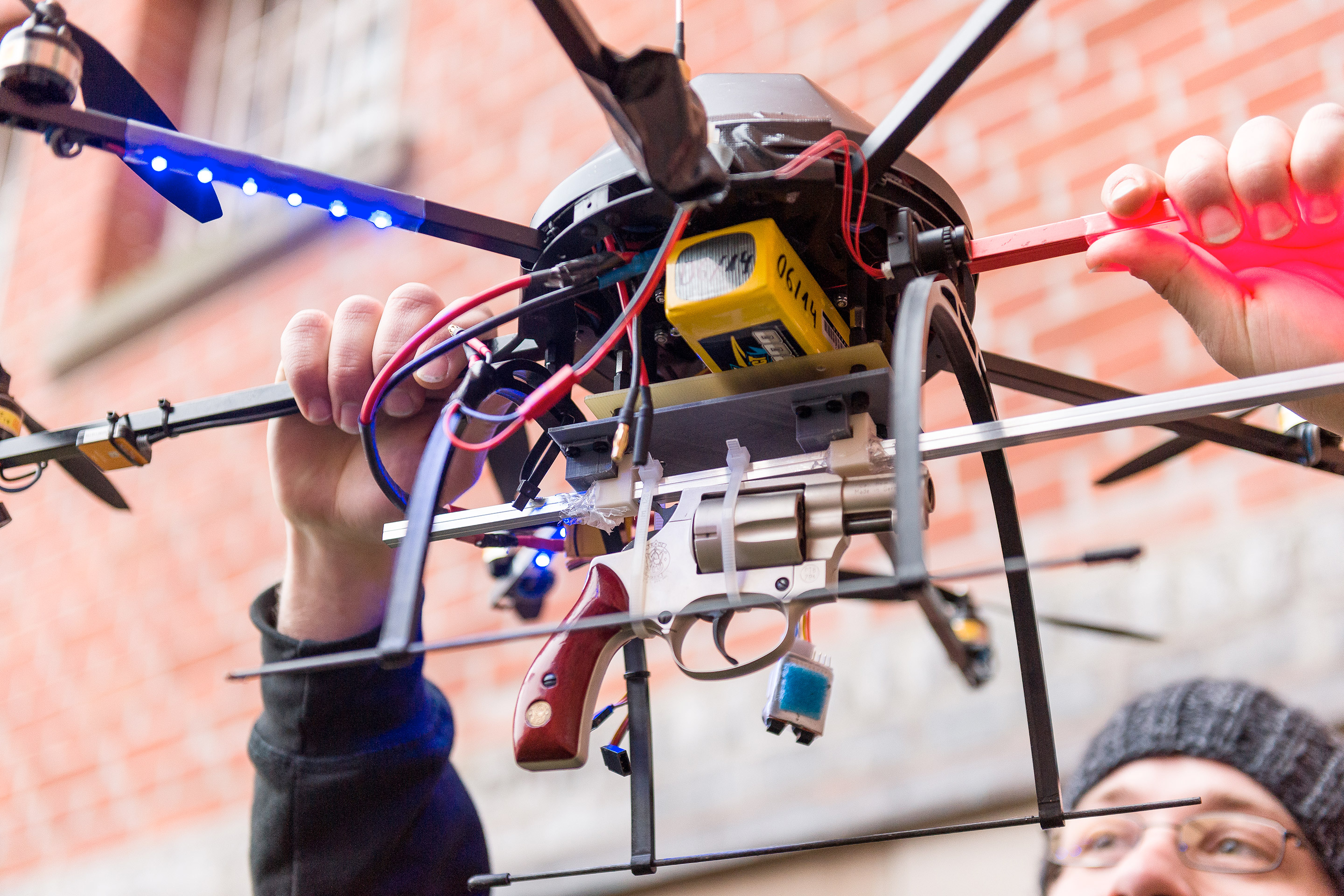 A statement from Joerg Lamprecht, CEO and co-founder, Dedrone

We’re at a critical intersection of drone technology being able to accomplish incredible things, but also accessible to operators with malicious intention. Dedrone is alarmed, along with the rest of the world, with the influx of news reports regarding armed drone strikes by the Islamic State in northern Iraq (ISIS). This infamous terrorist group recently announced the establishment of their “Unmanned Aircraft of the Mujahideen” unit, which includes a fleet of drones that have been modified and attached with bombs. Drone terrorism is not exclusive to ISIS, and without understanding who a drone belongs to, what may be attached to it, or its intention for operating in an area, we may not know of the risks associated until damage has been inflicted. However, proactive detection solutions exist and are in operation right now, protecting critical airspace and civilians.

The Middle East Media Research Institute recently published their report, “A Decade Of Jihadi Organizations' Use Of Drones – From Early Experiments By Hizbullah, Hamas, And Al-Qaeda To Emerging National Security Crisis For The West As ISIS Launches First Attack Drones,” an outline of how ISIS, Hamas, Al-Quaeda and the Taliban, among other terrorist groups, have drone programs. This research is especially notable to us, as it broadens the scope of Dedrone’s discussion about anti-drone and anti-terror protection. We applaud the efforts of these researchers and reporters who are analyzing and advancing the conversation of drone terrorism and risk detection.

At Dedrone, we are bringing together the best in class of software detection sensors and cameras, to ensure the safety of our customers and the people they are looking to protect. We’ve identified more than 400 different models and this number is rising. Dedrone is the only multi-sensor solution in the market, so that each sensor, whether it be through a camera, WiFi or radio frequency, complements the range of another. This overlap ensures there is no area in protected airspace that goes undetected.

As we hear more of new, dangerous drone applications unfolding, their reach and accessibility to public areas will increase. Drone technology is becoming more sophisticated and efficient in breaching airspace and buildings, especially as cameras or other hacking technology that can be attached to a drone will advance along with them. There’s no question of the threat that drones pose, however, our team at Dedrone commits to developing advanced software to guard our customers from unwanted aircraft. One way we’ve demonstrated our understanding of these threats was to provide security at a global economic meeting in Davos this year. Read here for more background on how we’re supporting different organizations with drone detection security.

Protection of innocent civilians, businesses and public spaces is paramount to what we do every day here at Dedrone. Whether it’s a stadium ensuring their teams and spectators can focus on the game and not what’s over their heads, to working with a government facilities to give them advance warning of when a drone is flying within their airspace, we are here to be a part of the conversation and security solution for all people and organizations.