Drone Security Terminology 101: Detection, Defense, and Considerations for Use 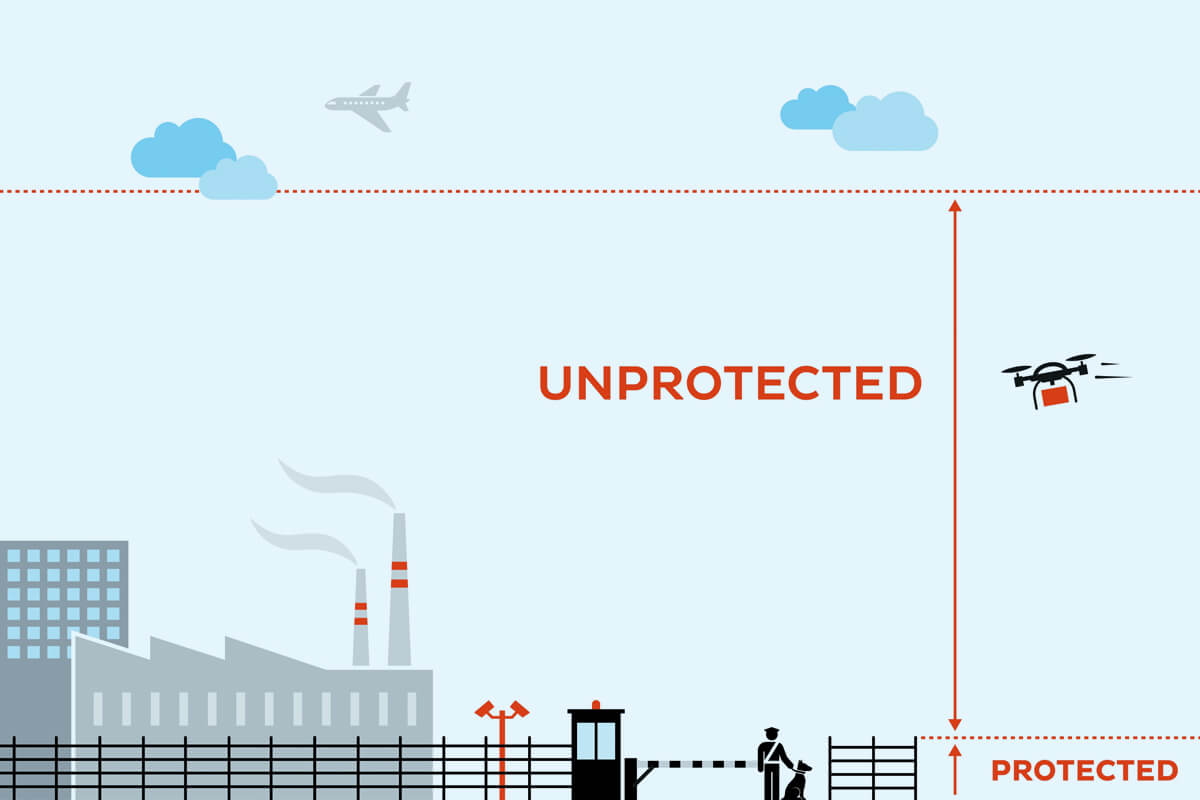 Just as the drone market continues to develop rapidly, so does the drone security market. Many come to Dedrone to help make sense of it all - starting with, "how does drone detection work?" In our thousands of conversations across the world, we always begin by building a foundation of vocabulary. In Drone Security Terminology 101, we’ll briefly go over the top terms we’re discussing every day.

Thank you to Jonathan Rupprecht, Esq. for his permission to reprint excerpts from his website on this topic area. For more information on legal citations, research, and counsel on drone law, please contact him here.

Wi-Fi: Can be passive or active. This is a radio that is specifically tailored to receive Wi-Fi protocol. For example, we want computers to receive Wi-Fi signals for emails and web browsing. Drone operators could use Wi-Fi connections to stream live video from their cameras, or help with navigation.

Dedrone’s DroneTracker is a software system that gathers information from various sensors, analyzes it, and triggers a response. DroneTracker is sensor agnostic, meaning it can connect to a variety of detection technologies.

Passive defense: Measures that do not disrupt the drone or require legal approval

Active defense: Drone returns to start position, lands, or crashes. Many drone defensive measures require legal permission to implement or are reserved for use by government agencies.

DroneTracker software detects drones up to 1 mile away from a protected site, can prompt an automated alert, and track and record a drone's flight path to help security personnel locate and arrest a pilot. Once this information is obtained, DroneTracker preserves the evidence of a rogue drone to support legal investigations. Just as DroneTracker is sensor agnostic, it is also built to integrate into 3rd party defensive products, both active and passive, depending on the laws and regulations of the country which our customers operate.

The next part of our conversation introduces some of the top considerations that our customers focus on when choosing which measures to incorporate in their drone security deployment. There are different legal constraints that individuals, governments, and enterprises must consider as they begin planning a drone detection and defense program. For legal citations, visit here

Communications Act of 1934 requires persons operating or using radio transmitters to be licensed or authorized under the Commission’s rules. To operate a jammer, it needs to be certified by a federal government authority. Additionally, this law prohibits the manufacture, importation, marketing, sale or operation of unlicensed jammers within the United States (the only exception is to the U.S. Government).

Individual states have also made some of these counter drone technologies illegal!  States have anti-hacking laws, anti-messing with aircraft laws, etc. Worse yet, these laws are all over the place with how broad they are, their safe harbors/exemptions, and their punishments.

Civil lawsuits for damages are a major consideration.If you violated a counter drone law and caused damage, you have potential liability from a civil lawsuit.