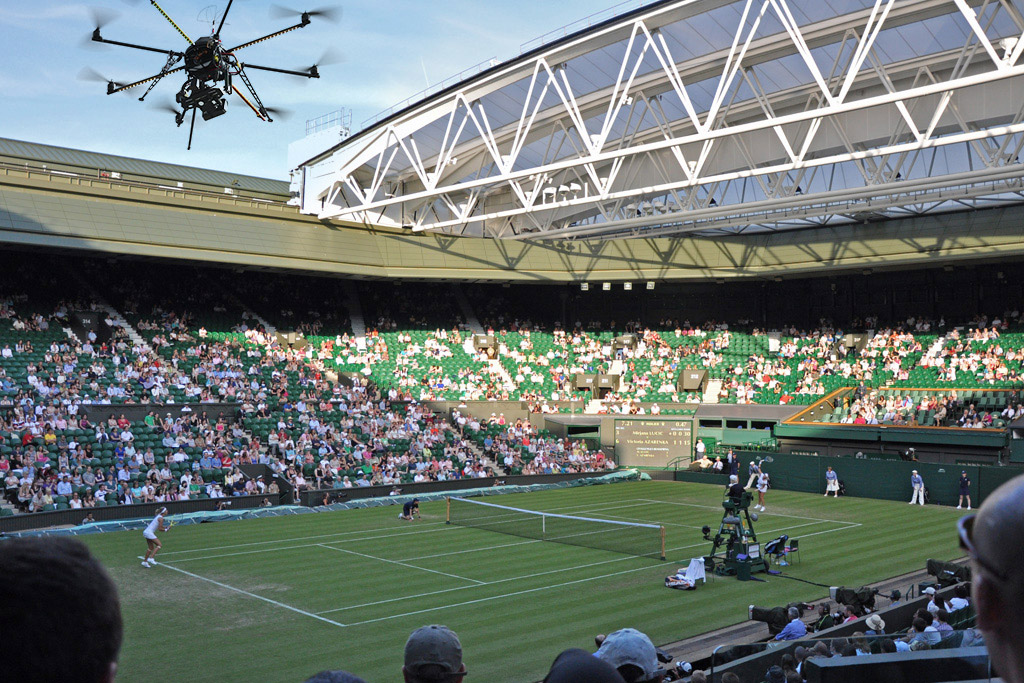 Once again a certain helplessness of the authorities is revealed as a drone flies over Wimbledon where some of the world's top players are warming up for the Grand Slam in south-west London.

Although officially prohibited, drones fly time and again over public events. And usually it takes a long time until the pilot is located.

Jörg Lamprecht of Dedrone points out that "organizers and authorities are responsible for protecting both players and spectators against potential dangers. Drones are a real and known risk."

The danger is often underestimated that a drone cannot only film, but also cause mass panic or be used specifically as a tool for an attack.

Meanwhile, the police arrested the pilot on a nearby golf course. Investigations are continuing.