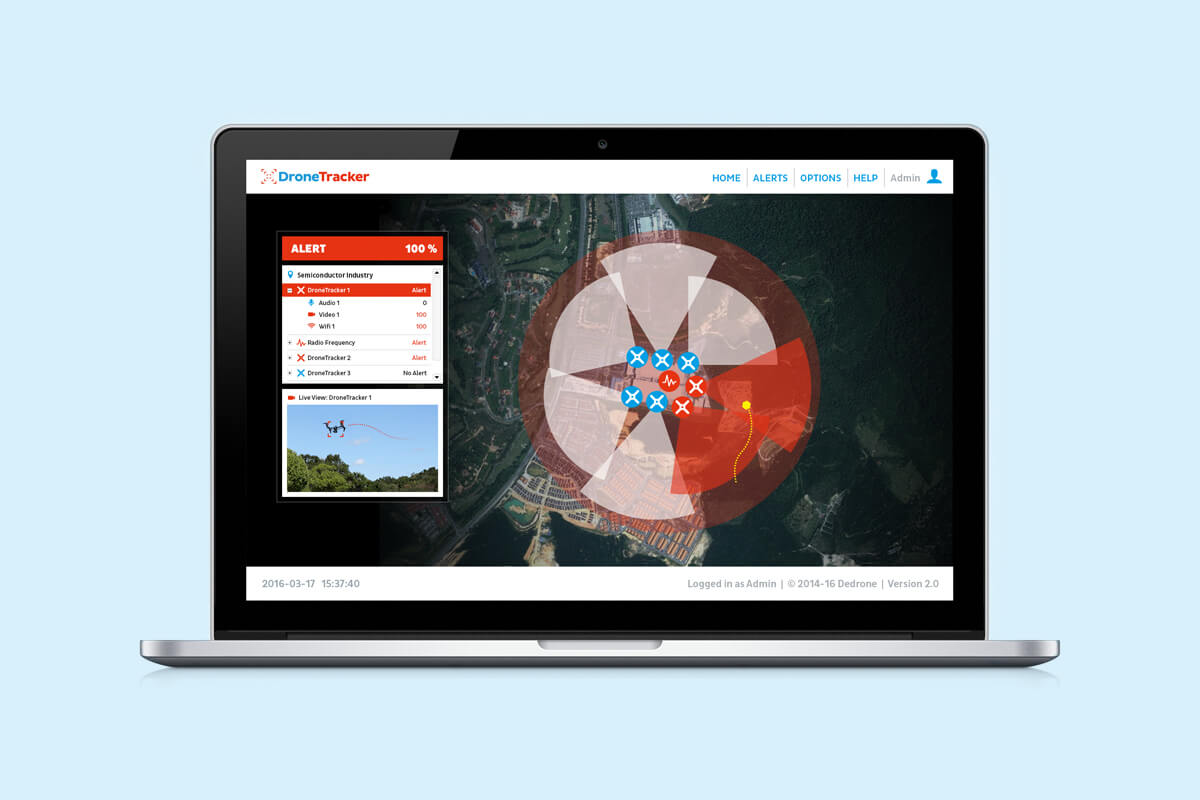 The next generation of the drone warning system DroneTracker 2.0 detects unmanned aerial vehicles based on their WLAN signals, allowing for identification of drone models and even individual devices.

DroneTracker 2.0 offers the possibility to connect any number of DroneTrackers and manage them through one user interface, ultimately providing around the clock monitoring of the airspace with very few resources. Once a drone enters the secured airspace, an alert is triggered, allowing for immediate action by security teams. The new software guarantees a better visual detection of drones through faster data processing. The drone’s position is shown in real time on a digital sitemap. Evidence videos are automatically saved, can be downloaded and easily forwarded to law enforcement.

The acoustic detection performance was improved as well. The audio sensor systematically adapts to noises in the proximity, for instance to a fan that switches on regularly. In the future the software will recognize this sound as harmless and reduce the number of false alerts significantly. Furthermore, the sensitivity of each DroneTracker can be adjusted individually, allowing a highly sensitive adjustment of sensors in particularly critical areas, rather than DroneTrackers monitoring less vulnerable parts of the protected site.