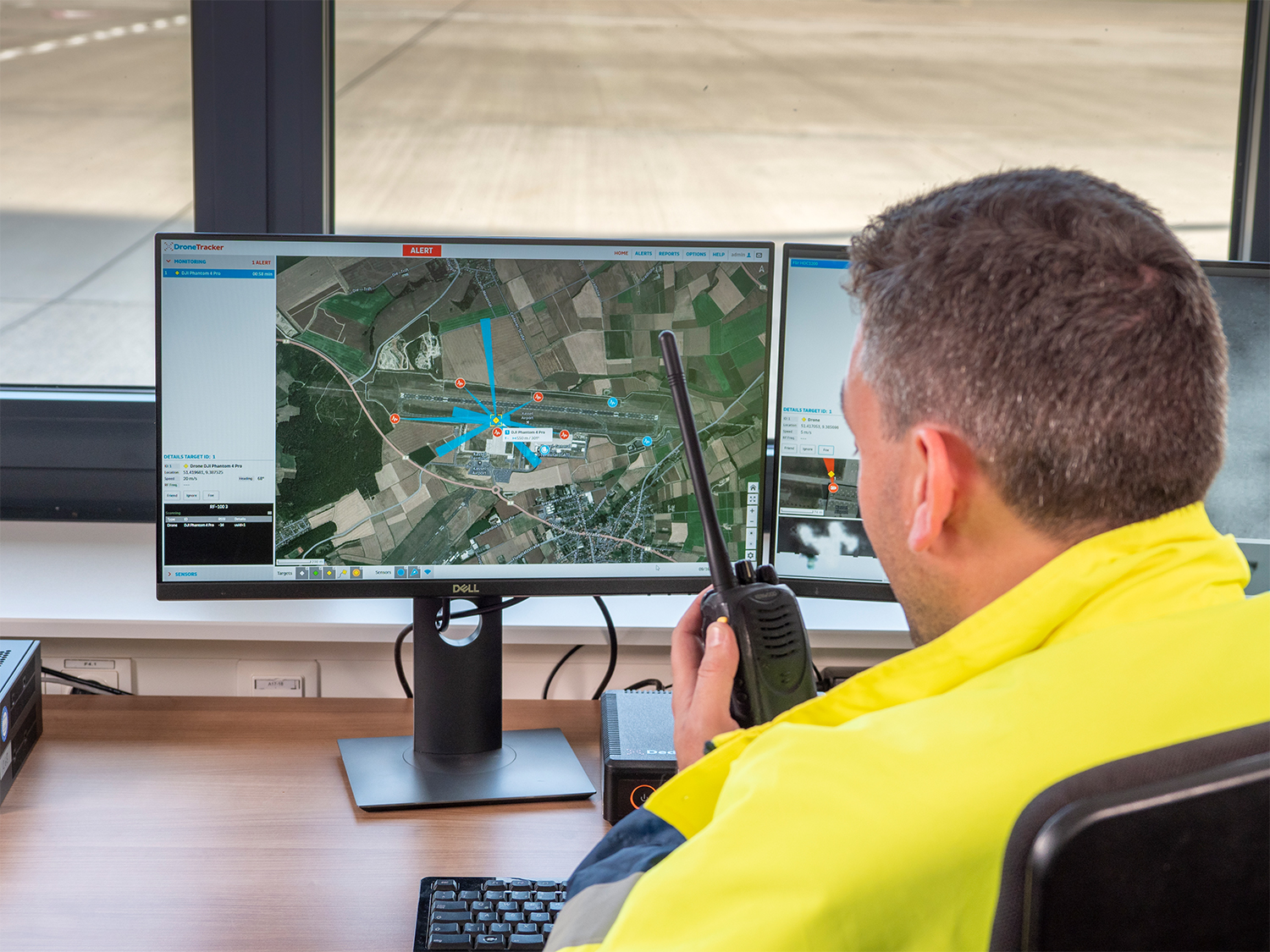 When it comes to taking down unwanted drones, it’s important to lay out what technologies and assets are available, as many defeat systems are restricted or reserved for military use only.

As is the case with deploying a suitable detection solution, there are several factors to consider, including:

Once this information is established, an organization can then explore what options are suitable for the threat at hand, and start exploring the types of technologies that can provide such a solution.

All organizations can implement defensive responses to drone incursions, but explicit legal authorities must be granted for those using offensive, or defeat mitigation techniques.

Here are some examples of defensive mitigation tactics which are available for everyone, including enterprises, correctional facilities, airports, stadiums, militaries or any other organization:

There are many ways that location information can be used to either locate or deter a drone operator who is flying where he shouldn’t. It is well worth considering the variety of passive responses that are now possible via the integration of real-time detection data. Although it is only natural to think of defeating unwanted drones, that option is not available to most organizations.

For organizations with legal exemptions from the FAA restrictions against interfering with the operation of an aircraft, there are several approaches to defeating drones and in the future, there will undoubtedly be more.

Offensive mitigation techniques include kinetic and non-kinetic solutions that will either hard-kill (destroy the drone hardware) or soft-kill (interfere with the drone software or operating system).

For organizations with authorization to use offensive mitigation technologies, Dedrone offers DroneDefender. DroneDefender is an RF-based defeat system that has been adopted as a handheld solution to counter small UAS such as quadcopters and fixed wing airframes, without compromising surrounding safety or risking collateral damage.

‍Non-Kinetic Solutions do not involve a physical motion, but rather an electronic or technological interference

It is still reasonable to deploy defensive strategies first, and then escalate as needed with offensive tactics to protect assets. Ultimately, drone technology can only be defeated by other technology, which is why many first turn to non-kinetic solutions to control the drone operations, before escalating to a more destructive strategy.

For more information on how to integrate counterdrone technology into your security system, contact our team here.

Lisa Meserve is the Federal Sales Manager for Dedrone and can be reached at lisa.meserve@dedrone.com.

This blog post is also available in German, here.