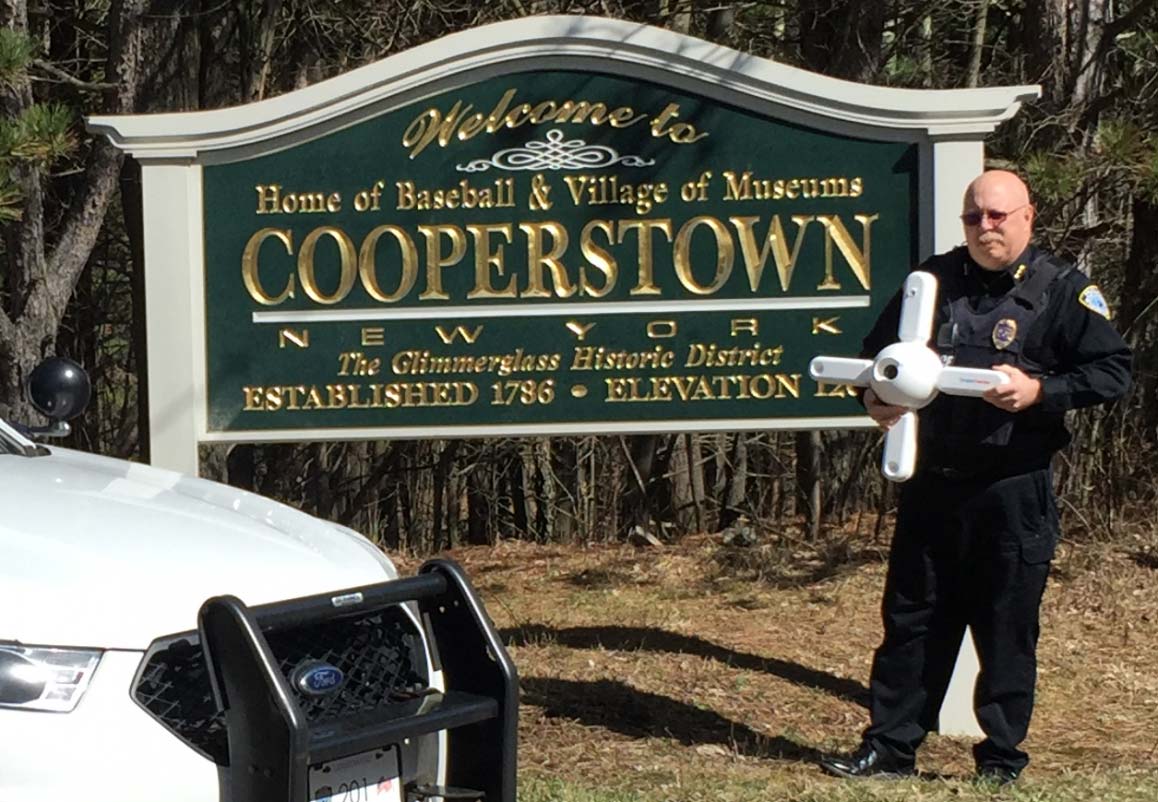 The Cooperstown Police Department in the state of New York will use the DroneTracker to protect major events in the future. The reason is the recent clustering of unwanted drone flights.

Cooperstown is a touristic city; on some weekends it counts up to 50,000 visitors. “We have the Baseball Hall of Fame and we are also the main county administration office” Chief of Police Michael K. Covert explains. “During several events at the Baseball Hall, the Clinton Canoe Regatta and during several occasions when golf tournaments were going on, drones were observed over the fairways.”

To guarantee the security of –often famous- visitors and of police officers, Covert now integrated a mobile DroneTracker from Dedrone into his security portfolio. “We will use the drone detection system to monitor major events, bigger trials at the county court and crime scenes. And if it’s necessary, to stop the drones.” the officer says. “In our business evidence is key. That’s another reason why we chose to use the DroneTracker. Not only does it detect drones, but it also collects actual video recordings which might be needed in court at a later time. We hope to see and gather intelligence on those who are trying to watch us.”