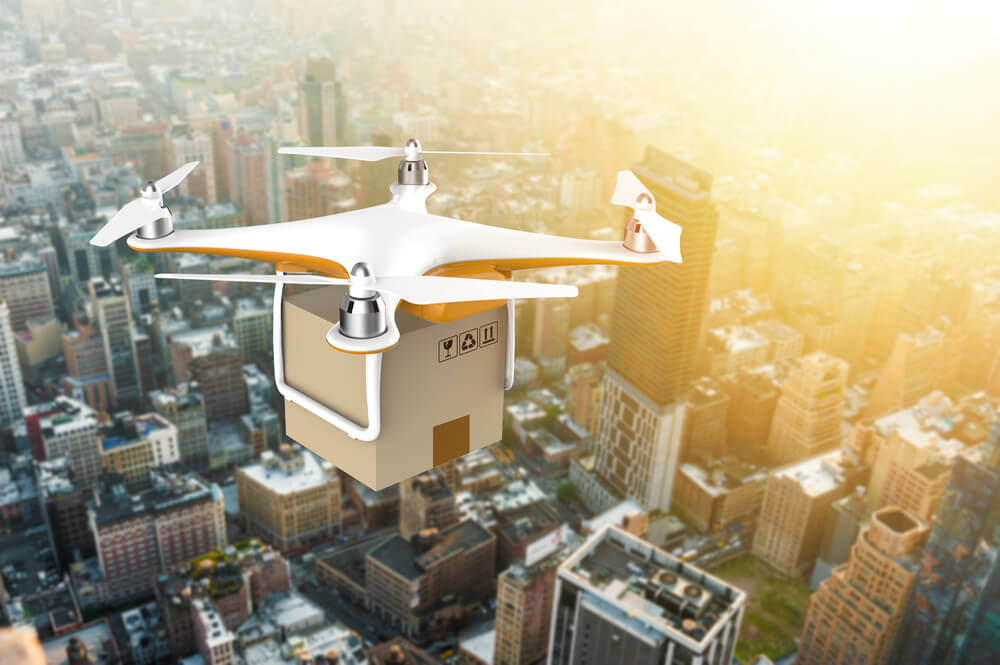 Over the past few years, private drone companies and operators have been testing and revealing new drone delivery programs to demonstrate the capabilities of unmanned aircraft to help with a myriad of applications, from medical supply transport and supply chain management to food delivery. In April 2019, Wing Aviation, received the first-ever approval from the FAA to launch a commercial drone airline. Wing is owned by Alphabet, Inc. Google's parent company, and began as a Google X venture.

Many laws still prohibit the use of drones for delivery in the U.S. The FAA’s Small UAS Rules Part 107 limits the aircraft to the visual line of sight of the pilot flying the drone, and prohibits flying over people without a waiver to do so. Waivers to seek approval for flying “over people” have a very high rejection rate from the FAA, and it is currently illegal to fly beyond line of sight to make a delivery of other people's property.

While it may be years until Americans start seeing drones buzzing overhead delivering pizzas, there are still many questions about airspace safety and security. Here are some frequently asked questions we receive about drone delivery programs.

‍What security considerations should the public make when learning about the advancement of drone delivery programs?

What is airspace security?

Airspace security refers to the technologies and actions needed to protect assets and people from unwanted or unauthorized drone activity.

What can the average person do today if there’s an unwanted drone over their homes?

It is a federal crime to interfere with any aircraft, including drones. The average person is not able to take action against a drone, such as shooting it, jamming the signal. However, they can take a passive approach,such as lowering blinds, moving out of the way, and calling the police to report it so they can decide if further action is needed.

There are two primary functions of cUAS technology: the first is to identify or detect drone activity. The second function is to intercept the airspace threat or defeat the drone.

Who can use counterdrone technology?

‍Anyone can use counterdrone detection technology to assess their airspace activity.Military bases, airports, stadiums, VIPs, public event security all have reasons to ensure their airspace is monitored from drone threats. However, only certain defense organizations may be able to use interception or defeat technology.

Why is counterdrone technology important?

‍Counterdrone technology first helps understand what’s happening in the airspace, including finding out how many drones there are, what time of day they’re flying, and their flightpath. This is important so that anyone with assets to protect can understand better how to respond if needed.

How does counterdrone technology work?

‍A counterdrone program integrates multiple sensors to gather the most amount of airspace data available. A layered detection approach integrates hardware such as radio frequency, radar acoustic, and cameras. This ensures that all drones are detected and that the system is not limited by any type, make or manufacturer of drones. There is no one-size-fits-all approach to detecting and mitigating drone threats.

What other drone delivery programs are being developed?