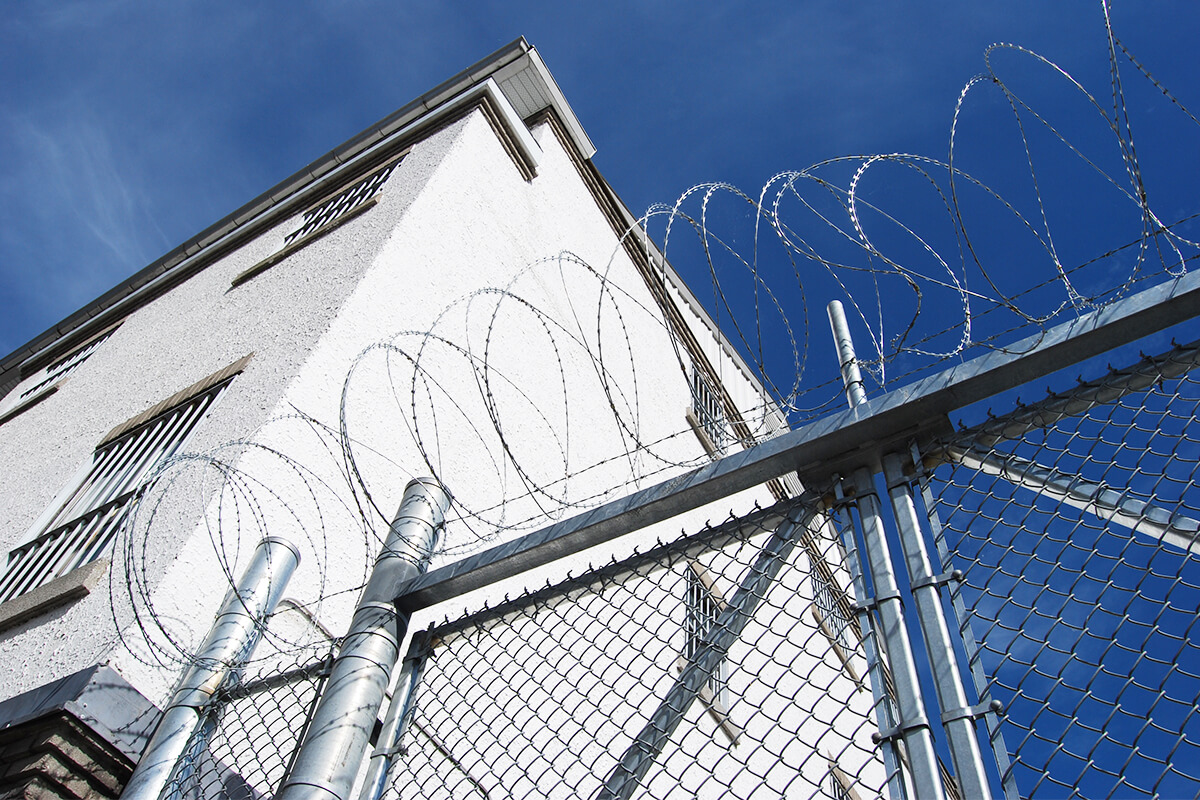 Thousands of movements are made every day in a correctional facility. Doors opening, inmate transfers and escorts, daily headcounts, supervising classes and jobs, among other lines of work. Each element is carefully planned to prioritize the safety of the corrections officer, and with the rise and availability of commercial drones, airspace security breaches are happening overhead and at inaccessible heights. Only until a drone is spotted, the damage occurs, or contraband is dropped, will a security officer be aware of a breach, putting at risk the physical safety of prison personnel, direct care staff, and the public.

Correctional facilities are acutely aware of the increase in drone incidents. For example, in 2017, wire cutters were allegedly dropped by a drone, facilitating the escape of an inmate. Drone deliveries of drugs, cellphones, and hacksaw blades can not only increase the risk of violence between inmates but threaten the physical safety of the facility and the people protecting it. Undetected drones can also expose security vulnerabilities by showing a bird's eye view of staff rotations and inmate movement.

Drones are also providing cost-effective surveillance solutions. Facility operators are granted a visual opportunity to survey their grounds quickly and eliminate blind spots from cameras. Officers on ground patrol can keep track of inmate movement from all angles. In the event of an emergency or inmate riot, a drone can provide an aerial assessment of the threat and advise how corrections officers proceed with mitigation tactics.

However, when an unauthorized drone appears, corrections officers must brace for innumerable dangers. During the daytime, drone alert systems can trigger alarms, prompting personnel to shut down operations and evacuate inmates from outdoor recreation. Contraband delivery drones, if noticed by inmates, can disrupt order and has in the past incited riots, adding to the stress of a correctional officer to keep operation procedures intact. Officers will have the opportunity to escort inmates before the drone breaches the property, conduct searches, review video, and locate contraband. At night, guard towers remain the security option of choice for facilities, but a line of sight is no match for a discrete and fast-moving drone. A drone detection system gives security personnel time to control a situation and stay ahead of it rather than react to it.

Proactive drone detection is used as a diagnostic tool, building intelligence around the scope and problem by auditing airspace, and then translating that information into strategic security protocol changes. At correctional facilities, drone detection hardware and software can be incorporated into an existing security ecosystem. Detection systems follows the flightpath, captures the communications protocol of the aircraft, and identifies the payload.  Security personnel can use flight data to determine if a single drone has visited the area multiple times, or if there are multiple, individual intruders, and record if there are certain days or times where there are an increase in incidents. Drone operators can earn thousands of dollars to deliver contraband, and this data is invaluable when looking to identify and prosecute pilots who violate federal laws.

All correctional facilities want to make certain that every member of their team goes home safely. Drone contraband, espionage, and interruptions are adding new risks and challenges to their employee’s personal safety. Proactive drone detection and automated alerts integrate efficiently and into existing security protocols, supporting the security goals of all correctional facilities around the world.