Airspace Security at the U.S. Border Starts Where the Wall Ends 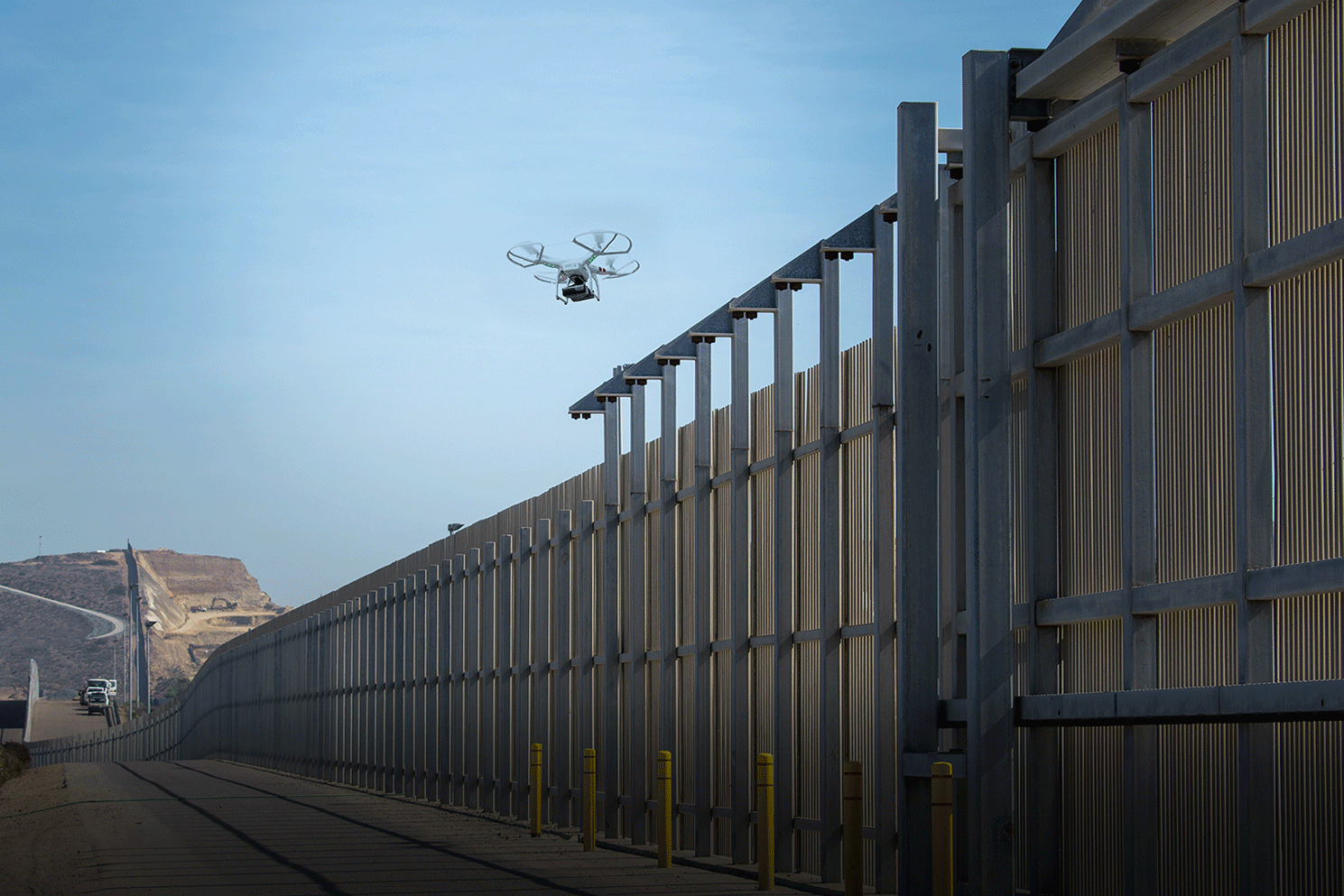 Unwanted Drones Reach Above and Beyond the Border Wall

Protecting U.S. borders from the threats introduced by unauthorized drones is arguably one of the toughest technology and operational challenges to those engaged in Counter Unmanned Aerial System (C-UAS) activities.

The Department of Homeland Security understands that unauthorized drones are an imminent threat. In the wrong hands, commercially available drones can be used to spy on facilities and personnel, identify under-resourced areas to facilitate illegal crossings, smuggle drugs covertly, and carry out attacks. Drone detection at our borders has mainly been limited to eyewitness patrol, helicopter surveillance, and radar. With such vast expanses and varied terrain, drones can easily evade detection at the border, threatening the safety and security of U.S. Border Patrol employees and those they protect.

According to Anna Giartelli of the Washington Examiner, "On the U.S.- Mexico border, drones are already being used to spy on federal law enforcement operations and smuggle contraband through the sky. The first drug smuggling incident via drone was documented in Nov. 2015. Now, it's a daily occurrence in some regions of the southern border, but it's rarely reported because CBP is unable to seize the devices. Arrests are rare.”

In order to defend against unauthorized drones at the border, the airspace security solution must be adaptable to the adversary and environment. Technology must be capable of detecting drones in urban, rural, and maritime environments, mountainous areas and plains areas and also operate in temperature extremes ranging from below freezing to sweltering desert heat. Some sections of the border have a robust infrastructure with internet connectivity and power access, while much of the border is entirely remote and austere. Criminal adversaries are actively engaged in evading and even tampering with technologies deployed to detect and mitigate illicit drone activity, increasing the level of difficulty even further. Counter-drone capabilities must be nuanced and selected to ensure that the capabilities and limitations of sensor technologies are balanced against the risks to each environment and funds allocated to protect them.

Dedrone’s DroneTracker solution uses a layered, multi-sensor approach to provide drone detection using an open systems architecture (OSA). DroneTracker can integrate radio frequency (RF), optical and/or acoustic sensors, as well as radar for detection. When authorized for use, the DroneDefender RF jammer or kinetic countermeasures can be used to defeat the drone, depending on the mission's need. Dedrone’s RF sensors detect the signatures of sUAS C2 protocols to provide real-time detection, classification, and tracking of drones and remotes. RF is DroneTracker’s foundational sensor modality and provides a complete solution on its own or when augmented with seamlessly fused data from additional sensor types.

DroneTracker has a powerful reporting function that enables users to make data-driven decisions. All detected incursions are logged into DroneTracker and recorded for post-event analysis. Users can sort and filter the alert information to find trends about the days of the week and times of day drones are flying, the number and type of all detected drones and remotes, which sensors are most active, and more.

Dedrone partners with other industry leaders and not only integrates best of breed radar and optical sensors to DroneTracker, but also provides Dedrone’s industry-leading RF Direction Finding sensors to be integrated to other vendors’ “Systems of Systems.” Our modular solution enables us to provide flexible, scalable options for customers in all environments and all missions.

When it comes to counter-drone technology at the border, there is no one silver bullet solution. The flexibility of the DroneTracker platform and the superior capabilities of Dedrone’s RF sensors enable Dedrone to support security at our borders in a variety of use cases, as a standalone or an integrated capability.

Meet the Dedrone team at Border Security Expo in San Antonio, TX, March 11-12, 2020. Contact us at sales@dedrone.com for more information.